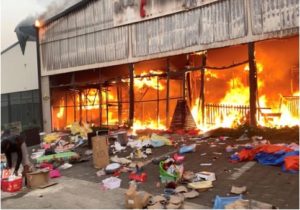 as the mid-point of the Quarter under review!  The death and destruction were epic.  The official death toll stands at 342 lives lost [the 1960 Sharpeville shooting cost 69 lives; the 1976 student unrest cost 176 lives]. Minister Ntshavheni (Communications, Digital Technologies) estimated that up to 40,000 businesses were impacted and 150,000 jobs were put at risk.  More than 200 shopping centres suffered looting or damage according to her, while 100 malls were subject to arson attacks, 161 liquor outlets and distributors were looted, 1,400 ATMs and 90 pharmacies were damaged and about 300 banks and post offices were vandalized.  Clearly not spontaneous actions!

As “hellish” as all that was – there were some strikingly positive outcomes.  The instinctive “flight” reaction was quickly swapped 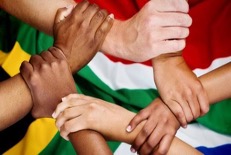 with a “fight” series of actions as neighbours came together across all racial lines to take on the lawless onslaught and protect “their” business facilities, homes and families.  The Police and initial tiny Army deployment had failed abysmally to protect businesses and the citizens who depend on them.  The misguided folk who joyfully jumped on the looting wagons were caught out as the tide turned rapidly against them.   Some hard lessons have been learnt too – especially by those who trashed their own nearby shopping and banking facilities – costing thousands of precious jobs in their communities and now being forced to travel great distances to buy food and access ATMs.

On the eighth day after the start of the troubles, clean-up operations sprang into action, mopping up the mess and restoring order.  Sadly, many deep scars remain in the shopping mall and storage space landscapes.  These will take several months to “heal” – with some not being rebuilt at all.  So, while we have pulled back from the brink … not convinced we are truly “Back”.  The hard knock to our economy through job losses, business interruption and closures (some permanent) will take years to recover from … at a time when it was the last thing a country already struggling with unemployment and poverty needed.

Zuma’s incarceration provided the trigger for powerful State corruptors to abuse the people once again that they profess to serve, by goading them to take “their time to eat” in a free-for-all frenzy not unlike their own behaviour in the upper echelons of our political landscape. It’s obscene and it hurts the poorest of the poor!

Perhaps the most important fact we need to remind ourselves is that South Africa has nine Provinces and only one Province [KZN] was massively impacted with one other, Gauteng, moderately affected.  Those living in the Western Cape must have been watching from afar – as if it was all happening in another country.

Alchemy and Algorithms … in pursuit of an investment Elixir!

You’ll be glad you turned the page after the mayhem summarised on page one – but perhaps puzzled by the contrasting headlines?

According to the Cambridge Dictionary the words: –
“alchemy” describes “a process that is so effective that it seems like magic”;
“algorithm” is “a set of mathematical instructions that will help to calculate an answer to a problem”
“elixir” is a substance “with magical power to cure, improve or preserve something”;

Shocking events like those on page one – often cause us to push the desk back and reflect on our lives and what we do on a day-to-day basis.  That’s when we can leave the more mundane tasks that we all have to do every day and return our focus on some of the “magic” that we strive for … “Understanding, creating and sustaining wealth” – our moto since our formation 25 years ago.

Our client investment strategies have always been built on unit trust funds locally and mutual funds globally. These are collective investments where money is pooled and managed by teams of experts within carefully constructed mandates.  There are equity 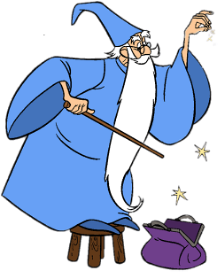 funds, bond funds, cash funds, property funds and hedge funds with the most popular being multi-asset funds which contain a blend of most, if not all, of the individual asset class funds listed. The problem is that there are over 7,200 local unit trusts and potentially 110,000 offshore mutual funds to choose from!  Clearly “dart board” tactics just won’t cut it – nor will a “shotgun” approach even with a shortened barrel!

So that’s where alchemy, algorithms and elixirs come into the equation.  The underlying fund performance data, manager research, qualitative analytics and sustainability are provided by Morningstar Direct [at a hefty annual subscription] which we extract and run through our in-house developed algorithms to hunt down the winners from the losers.  We blend that with some youthful enthusiasm and a quaff of aged wisdom [my input 😉] and gather the building blocks to our client investment strategies.

Of course, it is not “magic” at all – just hard work and focused application to the task of growing wealth for clients – and in so doing growing our own business which is based on a tiny percentage of the strategies we look after.  What has been remarkable [and a testament to our methodology] is the fact that the time we spend on initial fund selection has been rewarded by very few fund changes within the strategies we have built for clients over the past 25 years.

We thank you sincerely for journeying with us and as always – invite you to make contact as often as you like along the way – even if just to “shoot the breeze”!