It is hard to believe it’s already that time of year again! Finlaw will be closed from 12h00pm on Thursday the 22nd of December and will re-open on Tuesday the 3rd of January 2017. It has been a year filled with lots of market news, surprises and volatility. It certainly has kept us all on our toes and we look forward to the break and what the new year will have in store for us.

The first half of this year saw many investors rush to send funds offshore, largely due to the sharp depreciation in the rand following the Nenegate saga in December 2015. South African investors have a history of panicking when the rand weakens sharply and respond by taking money offshore. The rand is a highly emotive factor for South Africans which drives emotive decision-making. The immediate focus is often solely on the rand and not whether the entire investment makes sense from a valuation perspective. It is important to remember that we should expect the rand to depreciate against the US dollar over time; on a purchasing power parity basis where economic theory tells us that the rand should depreciate at a rate determined by the long-term inflation rate differential between RSA and the USA. It is important that investors looking to take money offshore in the current environment also understand the valuations of the assets they are buying and selling, as well as the value of the rand, and factor these into their decision-making. Investors should not lose sight of the strategic value of holding at least a portion of their assets offshore – apart from the fact that RSA makes up such a small percentage of the total global market capitalisation and the diversity benefits, the main reason for holding offshore assets is to reduce the risk profile of a portfolio. We encourage our clients to remain focussed and ensure they understand the objectives of their investment portfolios as well as the mandates of the funds in which they are invested.

2016 has been a year where politics has shaken markets, both domestically [please refer to our end of August 2016 Newsletter] and globally. Donald Trump’s victory in the US Presidential Election on the 9th of November, is in many ways, a repeat of the Brexit vote, where the UK voted in a June referendum to leave the European Union. As expected, markets were volatile leading up to the vote but share prices increased rapidly closer to voting day as the final opinion polls indicated Hillary Clinton would win. Despite the polls being fairly accurate in the past, they were wrong. The immediate market reaction to Trump’s election was very negative:

The negative reaction by markets [although some of these losses have already been reversed] to a Trump presidency is largely because his presidency is unknown bringing extreme uncertainty to markets, while a Clinton win would have represented much of the same as the Obama era. Trump’s campaign rested on an anti-globalisation and anti-immigration [much like the Brexit vote] platform. These rising populist pressures are now firmly entrenched in the developed world, with looming elections in Europe that could result in further unexpected outcomes. However, there are still a few positives under a Trump presidency:

Although there are similarities between the Trump and Brexit votes, it is useful to look at the differences: Despite Trump being the anti-establishment candidate, this does not represent a fundamental disruption of any existing political or economical relationships whereas the Brexit vote resulted in Britain cutting ties with its largest trading partner, Europe [although there is still uncertainty of how or when this will happen]. A US Presidency is more certain in that it is a fixed four-year term and exists within a 224-year old constitution framework that was specifically designed to limit the power of any one political actor. Many JSE-listed companies have UK exposure and were therefore directly impacted by the Brexit vote. With the Trump win, our markets were impacted as part of a broader emerging market sell-off. The Brexit vote had little lasting impact on markets [apart from the pound, which remains weak]. The US however, is a much bigger economy than the UK and what takes place there has global implications. It is too soon to tell what a Trump presidency means for the US and global economy. 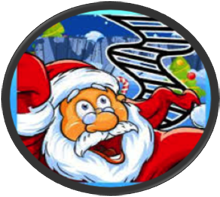 Markets tend to overreact to events such as these and are likely to remain volatile while the outcome and its implications are digested. We urge our clients to remain focused on the long-term objectives of their investment portfolios and to not overreact to market surprises. These very often provide an opportunity for fund-managers to add value to an investment through tactical asset allocations.

We expect a volatile 2017 with many surprises and events that will continue to shake up the financial world… Hold on and enjoy the ride!

As always, please don’t hesitate to contact us for assistance.

“Sometimes by losing a battle you find a new way to win the war.” – Donald Trump