“Don’t Worry About a Thing!”

Most of us crave certainty – we continuously search the news [both local and offshore] to obtain some sort of direction. Google becomes our trusted friend and we tend to latch onto the opinions of anyone who may appear to be in the know. Over the past year there have been many situations where we have been reminded that we have no control over what happens in the world [think Brexit and Trump] and there doesn’t seem to be any further signs of certainty waiting in the wings either. Although uncertainty can be managed in small doses, as it compounds, it can lead to anxiety BUT don’t worry there is something you can do about it; it is as simple as following these 4 steps:

Psychologists encourage us to engage with uncertainty before taking action. Focusing on the outcomes and experience you want, rather than expecting the future to deliver something specific, assists in avoiding irrational decision-making at the worst times. 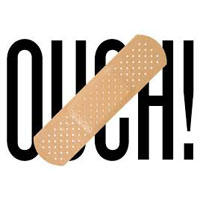 I really enjoyed the ring this heading had in one of the weekly articles we received from Glacier [Sanlam] recently. I think Band-Aids [or plasters as I know them] bring back a flood of memories from our childhoods – a plaster was and is still able to treat any cut / bruise with immediate effect! It also echoes the above sentiment, sometimes stressing about an event that is yet to happen ends up being worse than the actual event itself. A prime example of this is when you need to go for blood-tests; there is always the anticipation of pain and discomfort but when it happens, it is over so quickly and you realise after the poke has been covered up with a plaster, that it wasn’t all that bad!

This is similar to the way in which Financial Markets behave. So often we hear about an event and react irrationally [normally out of fear] only to realise that it really wasn’t as negative as we had anticipated. Although major events / political noise should never be completely ignored, it is important to try and understand these events and what the real implications are or what they could be. South Africa, in particular, has faced many difficulties in the market in the last 18 months – we have been surprised by the upsides and then disappointed by the downsides. Our Minister of Finance has changed 4 times [I doubt any of us will forget Nenegate in December 2015], we have had a surprising cabinet reshuffle and there have been many allegations of corruption and state capture against our President. We now face another challenge – Fitch [one of the three main rating agencies] has dropped our sovereign local currency credit rating to BB+, meaning it has dropped to below investment grade. [Known to most as ‘junk status’]. Although none of us know the full impact of this downgrade, South Africa can see the effects of a downgrade on other emerging markets like Brazil, Greece, and Russia.

It is important to remember that the most pain is felt in markets when the rating agencies [which also include Moody’s and S&P] signal the possibility of a downgrade. This is simply because market participants panic, sell out of Bonds, prices drop and the currency takes a beating; essentially pricing in the downgrade before it has even happened. Once a country is downgraded [as is the case for Brazil, Greece, and Russia], the market reaction is often surprising as it simply shrugs it off – this is because the market predicted the worst-case scenario, priced it accordingly and then managed this risk before it even occurred. This can be seen more recently in South Africa where we have seen yields remain stable, currency strengthen and inflation decrease after the Fitch and S&P downgrades. It is also important to note that it is only Fitch who have downgraded our local currency credit rating to below investment grade as seen in the above table – a bigger impact will be felt should either the S&P and / or Moody’s downgrade our local currency credit rating as well. This is because Bond holders will be forced to sell out of our markets as South Africa is removed from certain Global Bond Indices.

The Nenegate saga taught South African’s and the broader market a valuable lesson; always prepare for the worst, expect the unexpected [this can be said for the USA and the UK] and that the bark is usually worse than the bite in the LONGER-TERM. We urge our clients to remain calm and focus on the long-term during these uncertain times. Irrational and hasty decisions end up doing more harm than good. No-one can predict the future so let us control the present and remember to always focus on the facts and not the story. 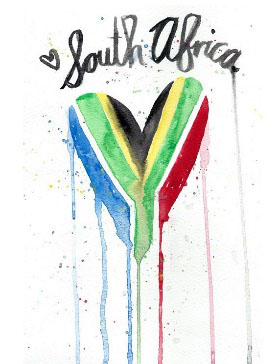 “Every Little Thing is Going to be Alright!”

We do believe that all hope is not lost and that as investors and the people of South Africa we don’t need to wave our white flags just yet – we remain optimistic about the future of our country and believe that integrity and morality will prevail. Although this may take some time and many battles must be fought and won; uncertainty in markets provide opportunities for asset managers which we believe will benefit clients in the longer-term.

As always, please don’t hesitate to contact us for assistance.